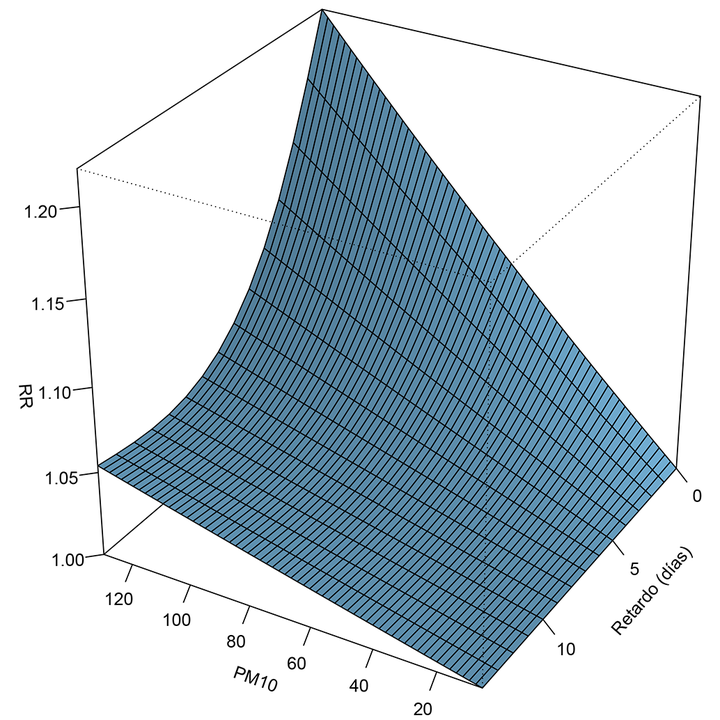 Introduction and objectives. The role of the environment on cardiovascular health is becoming more prominent in the context of global change. The aim of this study was to analyze the relationship between apparent temperature (AT) and air pollutants and acute myocardial infarction (AMI) and to study the temporal pattern of this disease and its associated mortality. Methods. We performed a time-series study of admissions for AMI in Cantabria between 2001 and 2015. The association between environmental variables (including a biometeorological index, apparent AT) and AMI was analyzed using a quasi-Poisson regression model. To assess potential delayed and non-linear effects of these variables on AMI, a lag non-linear model was fitted in a generalized additive model. Results. The incidence rate and the mortality followed a downward trend during the study period (CC=–0.714; P=.0002). An annual pattern was found in hospital admissions (P=.005), with the highest values being registered in winter; a weekly trend was also identified, reaching a minimum during the weekends (P=.000005). There was an inverse association between AT and the number of hospital admissions due to AMI and a direct association with particulate matter with a diameter smaller than 10 μm. Conclusions. Hospital admissions for AMI followed a downward trend between 2007 and 2015. Mortality associated with admissions due to this diagnosis has decreased. Predictive factors for this disease were AT and particulate matter with a diameter smaller than 10 μm.