Heat-attributable mortality in the summer of 2022 in Spain 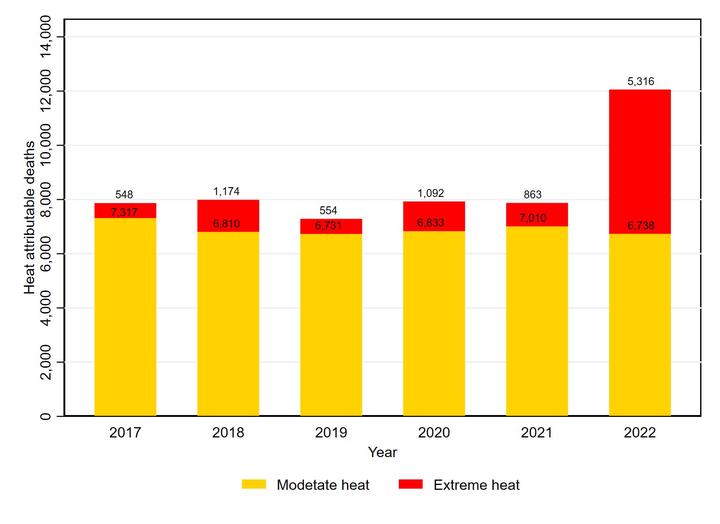 In July 2022, Spain experienced an excessive heat episode during which many cities broke temperature records. According to the Spanish Meteorological Agency, it has been the warmest month in Spain ever, at least since 1961. We estimated the mortality attributable to heat using the observed daily mortality by the Spanish daily mortality surveillance system (MoMo) and the nationwide mean temperature averaged from the 52 capital cities by calculating the temperature–mortality association during the summer months (June to August) between 1999-2018. The cumulative deaths estimated to be attributable to moderate heat were 1,798 in June, 2,588 in July, and 2,352 in August. Excess high temperatures and heatwaves are relevant events due to their role in heat related-mortality, social vulnerability, and economic impact in the agriculture and energy sectors. Moreover, one in three current heat-related deaths is already known to be related to human-induced climate change. Our findings shed light on the increasing burden of heat-related mortality among vulnerable populations.